As an aside and talking of cakes, I can recommend Our Growing Paynes apple cake. In true blogging spirit I made a few alterations; namely adding chopped walnuts and skipping on the raisins, using slightly less sugar and instead of adding ground cinnamon to the cake mix I sprinkled 1/2 a teaspoon, mixed in with a heaped tablespoon of brown sugar on the top just before it went into the oven. Delic!

…….or perhaps an alternative career awaits….

….I’m calling it AppleArt I could take commissions…….. 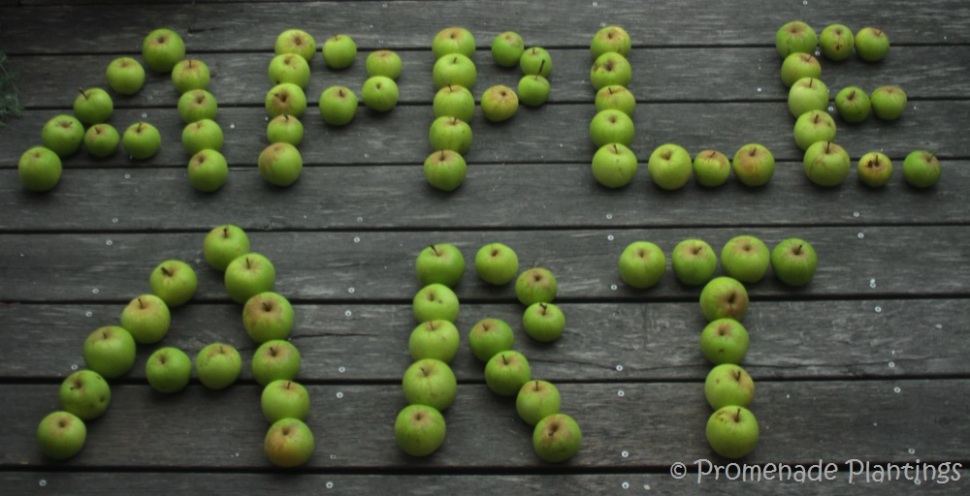