You say tomato I say tomato ! That doesn’t quite work written down does it?! But hopefully you know what I mean.

I call them Peppers, you may call them Bell Peppers, Capsicum, Pimento, Poivron or Paprika all depending on where you live; essentially we are all talking about the same thing, not the firey chillies of lore but the sweet kind. 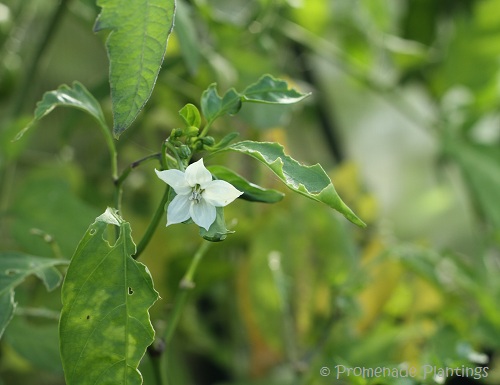 Originating in Central and South America and brought to Europe by Columbus who ,wrongly thinking they were black pepper (or at least related) gave them the Spanish name for pepper – Pimento. Centuries later we are still calling them pepper, they come in every colour and shape – from green, yellow, orange, red and even chocolate coloured.

Where you live you will flavour the way you prepare and eat them – maybe raw in a salsa, or grilled, stuffed, Italian pepper stews, made into dips, part of the melange of a ratatouille. I think cooking transforms peppers – they soften and mellow with heat, the flavour is enriched and sweetened.

Standardised growing has taken much of the shape and taste away. Look for the misshapen, with variations in colour, they will reward you with a flavour burst. I tried a few times, unsuccessfully to grow peppers, I would get one or two but it was a laboured affair. I needed a variety that was early and would ripen in my cooler temperate climate. The Real Seed Company came to my rescue with Napia Pointy Red. I now grow them in the greenhouse. I ‘m realistic enough to know that I will never have a glut, it’s simply not warm enough here in the UK and I don’t have masses of space for lots of plants. Instead of a glut I have a steady stream, each and every one is a sweet and crunchy, ultra fresh treat for the tastebuds. A polytunnel would be ideal for growing them, but it isn’t a must, they can be grown in a sheltered sunny spot in a pot on a terrace, just start them early as they need a long lead in, they are one of the first seeds I sow every year. 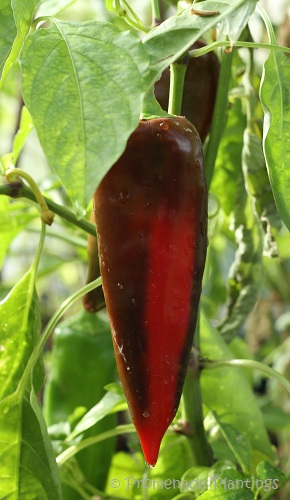 Did you know that saving seeds from peppers is easy? The only thing you need to consider is cross-pollination.  Peppers are, how shall we put it nicely, a bit frisky? They will cross-pollinate with any near neighbours from the same family – other chillies and peppers. Which is fine if you are growing them for eating but not is you want to save seeds. To stop this you can build netting cages (Isolation cages) or use netting bags to islate individual flower buds or simply keep them apart. Liking simple I grow chillies in pots on my terrace in the garden and the peppers in the greenhouse, plus I only grow one variety of pepper. It’s one less thing for this busy gardener to have to think about!

If you haven’t already had a peak, take a look at my page on seed saving for chillies and peppers and you’ll see what I mean about easy!

From Sophie Grigson The Vegetable Bible