Vindaloo has a poor reputation, let’s amend that here and now.

Vindaloo has become associated with extremely hot and spicy curry – the sort that a bunch of lads, after a night out in the pub would eat at their local Indian restaurant. Often the hottest on the menu. A bum burner would be the less diplomatic way of expressing it. It was known for it’s heat and nothing else.

But Vindaloo made properly is truly an exceptional curry. When you take a forkful you take layers of flavours, it has a complexity in its spices and is simply delicious. Yes it is spicy, but the flavours of cloves, and cinnamon are hinted at in every bite, the background sourness of vinegar is layered with garlic and cardamom pods. For it’s apparent complexities in flavours it is simple to make. Am I persuading you?

It is Goan in origin and uses vinegar, here Wikipedia is our friend –  “The name Vindaloo is derived from the Portuguese dish “Carne de Vinha d’ Alhos“, which is a dish of meat, usually pork, with wine and garlic.[2] The Portuguese dish was modified by the substitution of vinegar (usually palm vinegar) for the red wine and the addition of red Kashmiri chillies with additional spices to evolve into Vindaloo.[3] Alternative terms are vindalho or vindallo.”

The other “cultural reference” to Vindaloo is a frankly awful song written or inspired by the 1988 World Cup. Dreadful springs to mind.  But somehow I can’t help but sing it in my head every time we make this dish. Which is becoming more and more frequent as we adore it – the dish not the song!

And when I was making this curry recently in a black cast iron pot, when I added the turmeric and chilli powders I couldn’t help but be reminded of a scene from a temple we visited in India; not Goa, but in nearby Belur, Karnataka. The reds and yellows are so evocative and the darkness reminded me of the black pan I was using. I love connections.

But back to the recipe – it is an unusual one for me to make and post about – it has meat in. It is typically made with pork, I made a pork version when in France this winter for friends and it is outstanding. I repeat OUTSTANDING. Sorry was I shouting? I also make a prawn version, but you could use whatever you choose, chicken would work well too. The only things I would recommend is that you may want to reduce the number of dried chillies in the paste – I’ll leave that to your discretion, and if using prawns you may want to reduce the amount of vinegar in the sauce mix from 3 to 2 tablespoons. 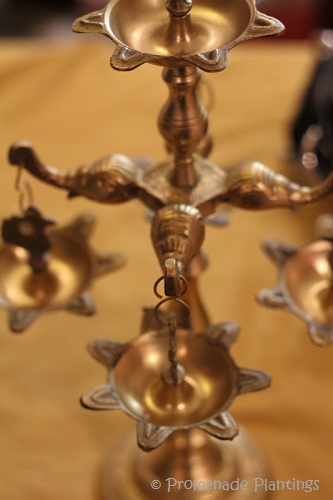 I’m giving you the recipe for pork Vindaloo; with the prawn one I divide the paste mixture into two, and marinate the prawns in half of it, and then add the other half of the paste to the curry sauce to cook in thoroughly. I then add the prawns into the pan with about 10 minutes to go to final cooking.

I checked out a few versions of this curry and my favourite by a long way is Das Sreedharan’s version, a Keralan and a genius in the kitchen.

For the Vindaloo spice paste ~ 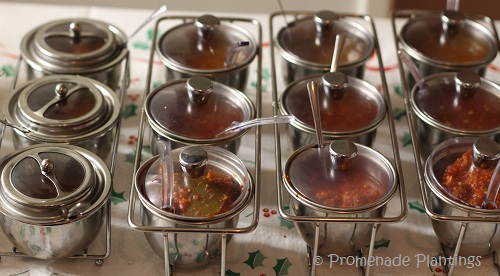