The Broad Beans sown in modules outside 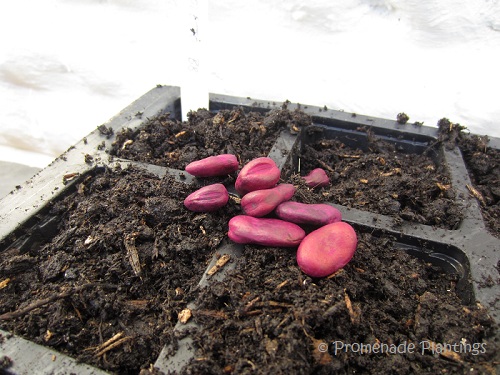 have made an appearance, sturdy stout little plants are emerging. 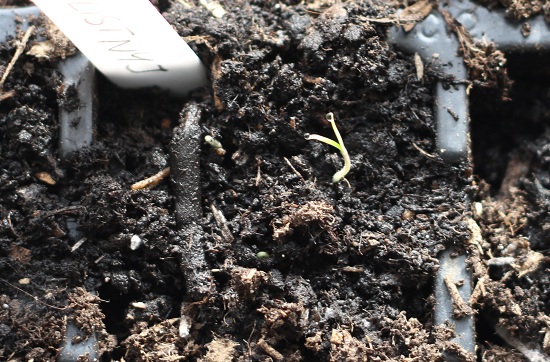 and then went on holiday to my neighbours while I was away, they have obviously been well looked after, sitting on a warm and sunny windowsill.

Aaahh, that’s better, tucked up and in bigger pots. They are now off to another friends for a sojourn until I return – they’ll certainly be well travelled tomatoes!