I’ve been waiting to make today’s recipe for a while, you see I’ve had the idea of using one of my homegrown squash for one of my WordPress Recipe Challenges– Pumpkin Oatmeal and Raisin Biscotti. Linda of Savouring Every Bite volunteered this recipe, she has a zest for life that comes through in her recipes, it’s infectious! Her family are of Sicilian origin, she cooks amazing food, often with an Italian/Sicilian flavour and story. Pop over and see her I think she’s a star.

Those who read this blog will know I’m not that au-fait with baking, so it’s always a challenge, mind you it’s a lot easier now that I don’t have a fractured arm.

The recipe is a pungent heady mix of spices – cloves, cinnamon, ginger and all spice. Doesn’t use any butter. And isn’t at all sweet, so those of you who don’t have a big sweet tooth this is a cracker (not tooth cracker). And yes I struggled with THE cranky oven, the Biscotti took longer to bake, but the oven is CRANKY and I’m cooking at altitude. Other than that?  Linda’s recipe is straightforward, her instruction are spot on, nice and clear. What I like and need.

Ooops nearly forgot the taste test, DELICIOUS. Thank you Linda, I’m now converted to making Biscotti. Something I’d never have thought possible a few hours ago. And for extra info on Biscotti, she has LOADS of recipes to try – from Chai, to Orange, to White Chocolate and even Limoncella. Tempted?

To do these justice I thought I should at least try to take some decent photos, so here goes.

So I started off by getting the plastic picnic table out, giving it a wipe down, spreading a nice (but un-ironed) tablecloth on it. I know lets have a bit of fun and look straight into the snow and the sun. Hmmm 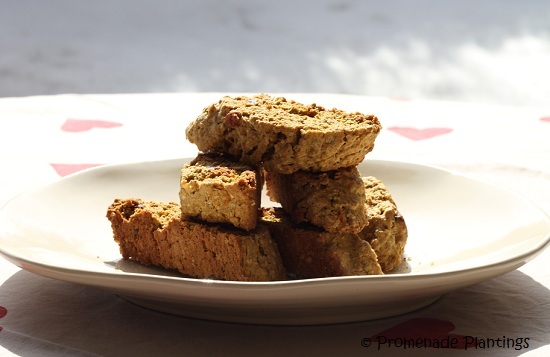 What about taking some shots with your back to the sun looking at the climbing wall? Hmmmm still way too much light.

I know, how about switching plates? Blue? Hmmmm maybe not very appetising. 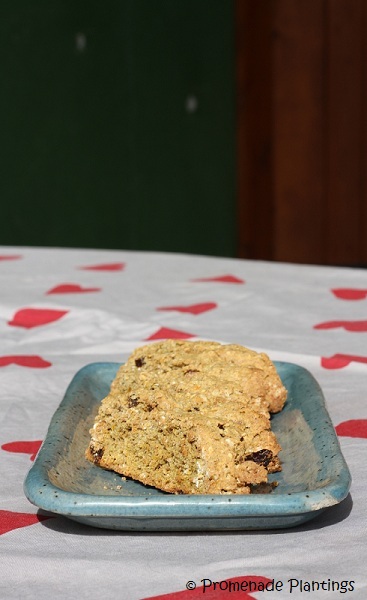 What if I changed the angle and zoomed in? That’s a bit better, but still not right. Hmmmm, still too much reflective light from the sun and snow.

I know let’s move it up against the wall of the house, nice background textures and colours there. Hmmmm, interesting shadows, but not quite what we want, lets shift around a bit.

Oh I give up, besides I’ve got other stuff to do!

Right, it’s afternoon now, the light has completely shifted, it’s over the hedge and off the windows. What about trying indoors, no careful placing, just pile ’em on to the plate and see what happens.

Hmmmm, getting some nice colours and textures there, bit too dark though. I know how about shifting the angle, look from above a bt more? Hmmmm, still not ticking my boxes 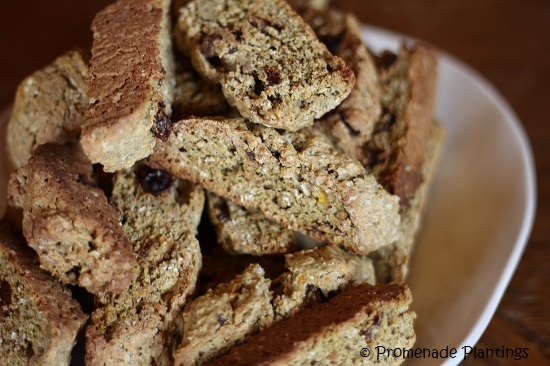 Let’s try outside again, the grain of the wood alongside the Biscotti might work in this light , Hmmmm I like the blue-grey of the wall, but just too average

Right that’s it, a cup of coffee is needed, back inside we go.

I give up! So what about a snowy snap for Linda, not a sight she sees in Florida? Aaaahh that’s better back on terra firma 🙂 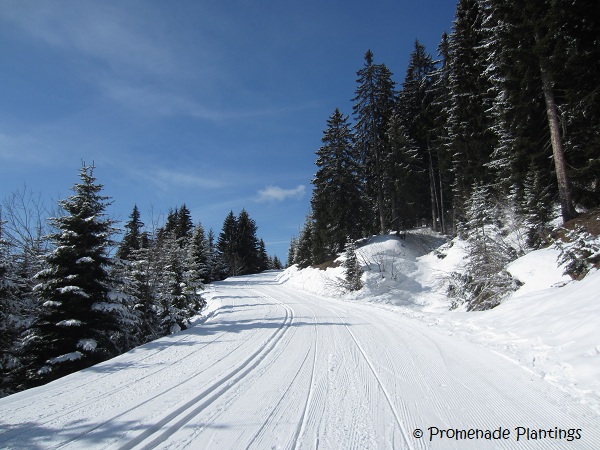