A year ago today we were due to catch a train to Gatwick airport, all of 50 miles away. 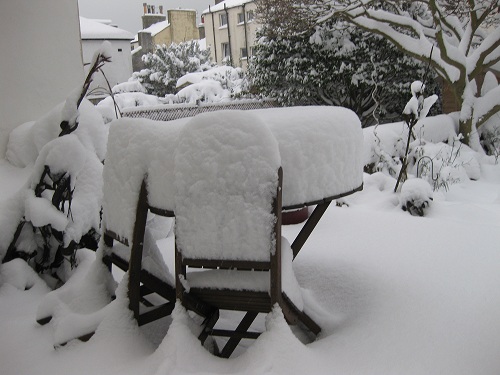 We were booked into a hotel so we could catch an early flight to South India.

Nothing was going anywhere. I mean NOTHING. We were stranded. No one was leaving or going.

No trains, no cars, no buses, no taxis, flights were still grounded at Gatwick. No “Getaway Cars”.

I eventually got through to the lovely people at Emirates, they switched our flights, free of charge, not something they had to do. 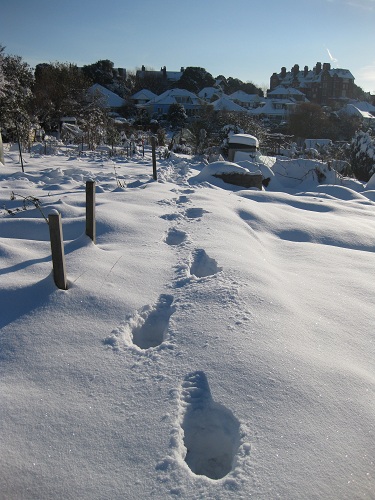 So we walked to the allotment where the salads and vegetables were buried beneath a foot and a half of snow, and then down to the beach.

We got talking to the head chef of Azure, a beach restaurant and bar, who was facing cancellations; the kitchen wasn’t open, as an hospitable Egyptian he made us coffee, and we swapped tales of visits to India. 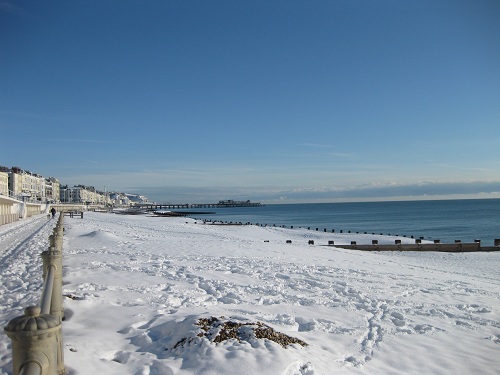 A few days later attempt number 2 was made, the hour journey was doubled as we took 3 trains, but eventually we flew the following day landing in the warmth of Trivandrum and moving swiftly to the beach. 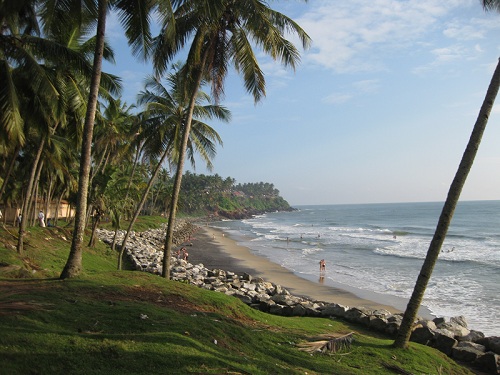 We just don’t do snow here on the south coast!

And a year later? Take a look at this Passion Flower, the photo was taken this morning, unbelievable!