Can you define a country by what’s in its kitchen?

Not just the ingredients, but the utensils as well. I reckon you could be led into any kitchen around the world, blindfolded and make a reasonable guess as to which country you are in by looking at the contents of the kitchen.

It seems that every nation’s kitchen has a few utensils that define their cooking and their country. I’ve visited many houses across Europe, Asia, Australasia and America. and every time I notice the small details, but none more so than what’s in the kitchen.

These are some of my favourites

It seems that these nationalities and their respective kitchen’s just wouldn’t be the same without them. 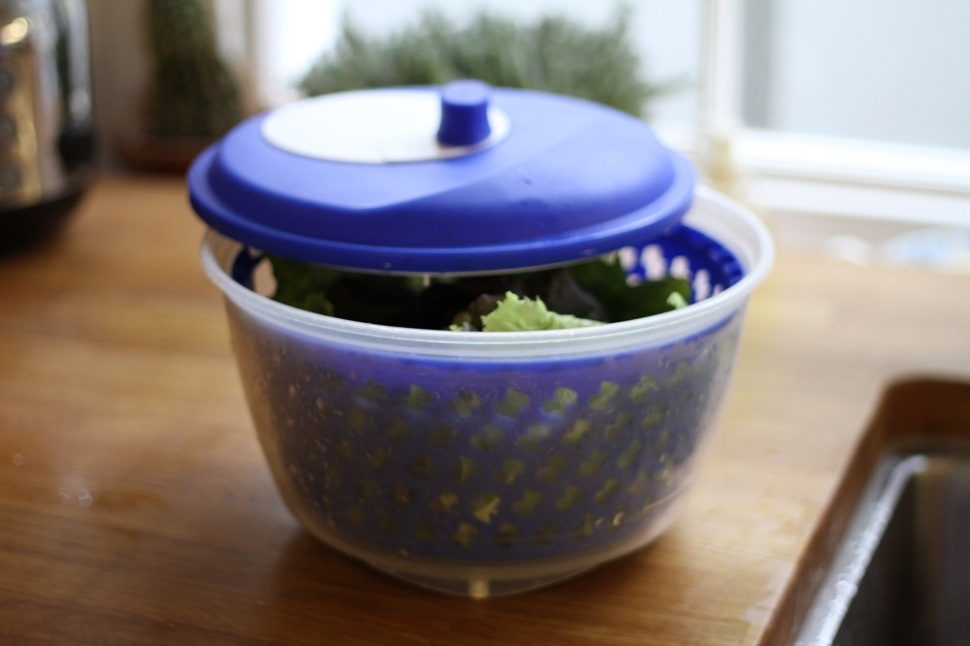 Anyway back to Spinning Around, our salad spinner comes into it’s own in Summer, it certainly beats waving a tea towel with bits of lettuce poking out. We have one that doubles as a storage container, it keeps lettuce leaves perfectly fresh and crisp for several days in the fridge.

Which is good news as this year I’ve been picking individual leaves as opposed to the whole plant. It’s an idea I picked up from Charles Dowding’s book Salad Leaves For Al Seasons, and he recommends picking a few outer leaves from different plants so you keep the plant alive and growing and at the same time get a mixture of leaves for your salad.

It works a treat. I’ve been popping up to the plot every few days, principally to water the tomatoes, but to also pick a few salad leaves. Barely a day goes by at the moment where I don’t eat fresh salad leaves – including spinach, young chard leaves, lettuce and rocket. I’m just about to sow a fresh batch of Oriental leaves like Pak Choi, which can be used, when young, for some of my winter salads.

So three cheers to my salad spinner, and Vive La Difference!